History of the Trust

Where it all began

The first trust to include our area was set up in 1957. It was called the 'West Midlands Trust for Nature Conservation Ltd', and covered the whole of Warwickshire, Worcestershire, Staffordshire, Birmingham and the Black Country. Due to the difficulty managing such a large area, Worcestershire broke away to form a separate charity; closely followed in 1969 by Staffordshire. The Warwickshire Nature Conservation Trust or 'Warnact' was formed in 1970 to cover the remaining areas. Members in Birmingham & the Black Country formed the 'Urban Wildlife Trust' in 1980, now the Birmingham & Black Country Wildlife Trust.

The 'Warnact' name was changed to Warwickshire Wildlife Trust in 1990. We now have 24,000 members and protect over 65 nature reserves across Coventry, Warwickshire and Solihull with the vital support and involvement of hundreds of regular volunteers.

Timeline of our history 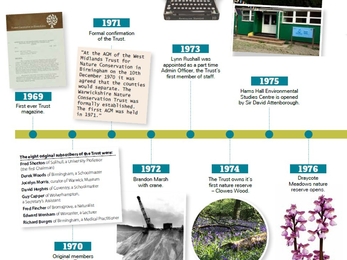 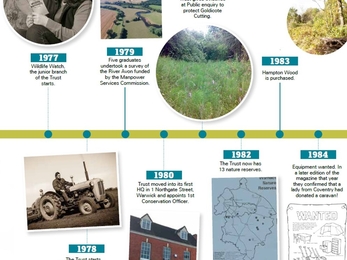 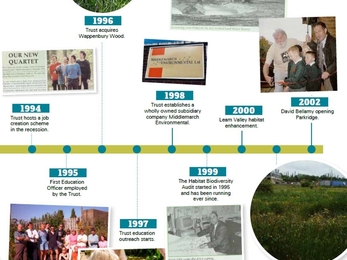 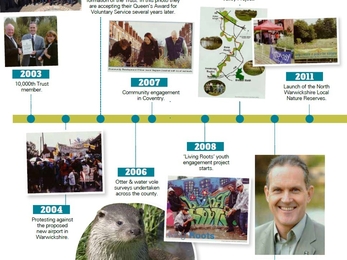 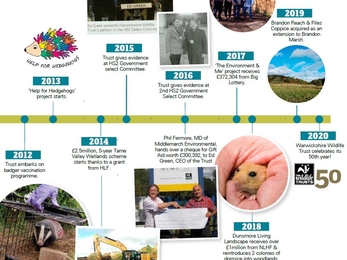