Students, universities and the public get behind our campaign for a Wilder Future

Students and the public were urged to contact their MP to lobby for stronger laws to protect our environment, at an event held in partnership with Warwickshire Wildlife Trust, Warwick University, Coventry University and the NUS (National Union of Students).

The event, held at The University of Warwick, saw over 200 people attend a ‘Question Time’ style evening, where speakers Baroness Kate Parminter, Liberal Democrat Lords Spokesperson (Environment, Food and Rural Affairs) and Sir John Lawton, Author of 'Making Space for Nature' 2010 - White Paper, spoke engagingly about the need for a strong Environment Act and why campaigning matters. The audience were then able to put their questions to a panel made up of conservationists, politicians, academics, students, and business leaders.

The Government is progressing a new Environment Bill that will set out a legal framework for the government’s promise to leave the environment in a better state over the next 25 years. At this critical time, The Wildlife Trusts are working to ensure the public know how to have their say in order to set the UK on a path to restoring nature.

The event also received considerable support from both Coventry and The University of Warwick’s Student Unions, with inspiring speeches made at the event by Sabbatical Officers from both universities.

Engagement events such as this help to raise awareness of how people can help, from contacting their MP, to making pledges to help nature recover.

“It was incredible to see such a passionate group of people come together in a common cause, wanting to find out more about how they can help. The UK has become one of the most nature-depleted nations in the world. We have reached a point where our natural world is in a critical condition and needs our help. We know it's not too late to bring our wildlife back, but we must act now.”

Baroness Parminter, who referred to the Wildlife Trusts movement as a ‘sleeping giant’ who are starting to use their collective lobbying power to inspire people to take action, said:

“I was pleased to be able to support the event and hope it encouraged a good number of people to get involved with the campaign.  I thought it was a really good initiative of The Wildlife Trusts”.

The Wilder Future campaign encourages everyone to take steps to bring about nature’s recovery, including how to let your local MPs know that more wildlife is better for us all, so that they support new laws that will succeed in achieving a wilder and greener future. You can find out more about the campaign, sign up and pledge your support here: www.warwickshirewildlifetrust.org.uk/WilderFuture 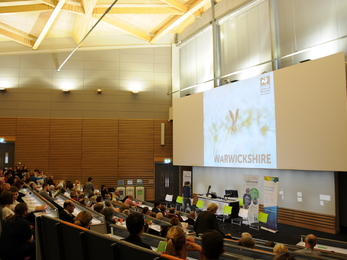 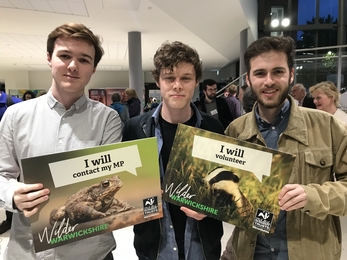 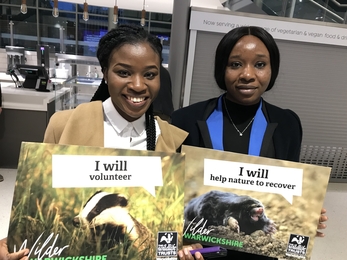 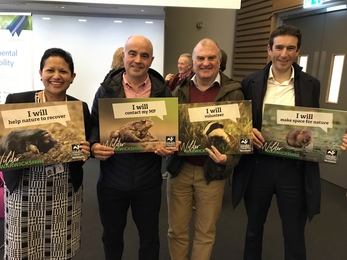 In May 2021 the West Midlands will be electing a new Mayor. We want to take this opportunity to call on all candidates to take our six-…